A market-driven solution that reduces atmospheric greenhouse gases, preserves the land, and generates income for tribal nations, communities and members.

The Passamaquoddy Tribe was issued 3.2 million carbon credits, which is expected to generate $35-$45 million in total revenue while protecting 90,000 acres of land. The project in Maine is part of a trend in recent years that has seen tribal nations enter into California’s Cap-and-Trade Program and reap rewards for protecting natural resources on tribal land. This is not the only project that has been approved recently by the California cap-and-tradegram. The Confederated Tribes of the Collville Reservation (Washington state) and Chugach Alaska Corporation are embarking on projects that are expected to provide a reliable stream of income for generations.

The revenue generated by the sale of carbon credits has enabled tribal nations to purchase ancestral lands, provide services to their members, and reinvest in tribal infrastructure, all while protecting their lands and natural resources. While these projects have focused primarily on tribally-owned timberland, there are other ways tribal nations can benefit. These include energy generation, such as switching to renewable fuels or emission reduction through improved efficiency of fleet vehicles. It is the goal of the National Indian Carbon Coalition to work with tribal nations to explore income opportunities generated by sustainable management of their natural resources so that they can become leaders in the carbon credit field.

Will every carbon project provide the kind of revenue the Passamaquoddy Tribe is expected to receive? They will not. These projects are complicated, and some have not performed as promised. This has left many tribal leaders wary of the concept and distrustful of those entities pitching new projects. That’s why having a trusted source of accurate, independent information is so important. Can tribal nations make money in the carbon markets? Yes. Should tribal nations believe the pie-in-the-sky projections often offered by private project developers? No. Is the carbon credit market still worth exploring? It is, if it is done in an informed way with realistic expectations and the right partners.

What is a carbon credit?

A carbon credit represents ownership of the equivalent of one metric ton of carbon dioxide that can be traded, sold or retired. If an organization is regulated under a cap-and-trade system (e.g., the California Cap and Trade Program) it likely has an allowance of credits it can use towards its cap. If the organization produces fewer tons of carbon emissions than it is allocated, the organization can trade, sell or hold the remaining carbon credits. When a credit is sold, the buyer is purchasing the seller’s allowance of emissions. A credit becomes tradeable because of a very real reduction in emissions, but the reduction is from an activity you might not be aware of such as flying less or turning equipment off at night.

What is a carbon offset?

A carbon offset also represents a real reduction of carbon dioxide in the atmosphere and results in the generation of a carbon credit. The difference is, the credit is generated as the result of a project with clear boundaries, title, project documents and a verification plan. In most cases, carbon offsets generate reductions outside of the organization and, more importantly, outside of any regulatory requirement. Common projects include building wind farms, supporting truck stop electrification projects to reduce tailpipe emissions, and planting trees or preserving forests. Because carbon dioxide has global not local impact, both credits and offsets have the same reduction in carbon dioxide emissions and have the same benefit to the planet in terms of climate change.

How much can tribal nations earn?

The value of carbon credits varies according to market conditions, which are driven by supply and demand. This impacts how much money tribal nations can earn from carbon sequestration activities. Assuming an average market value of $10 per credit, and a 10,000-acre project, projected revenues are quite significant. For example, prairie restoration might generate $100,000 per year, while planting trees on grazing land could produce $200,000 per year. These are just rough estimates. The real viability of a project is based on the number of credits produced, not the amount of land involved.

What are carbon markets?

Carbon markets aim to reduce greenhouse gas emissions enabling the trading of emission units (carbon credits), which are certificates representing emission reductions. Trading enables entities that can reduce emissions at a lower cost to be paid to do so by higher-cost emitters. By putting a price on carbon emissions, carbon market mechanisms raise awareness of the environmental and social costs of carbon pollution, encouraging investors and consumers to choose lower-carbon paths. There are two main categories of carbon markets: cap-and-trade and voluntary. Cap-and-trade sets a mandatory limit (cap) on greenhouse gas emissions and organizations that exceed these limits can purchase excess allowances to fill the gap or pay a fine. Voluntary markets enable the trading of carbon credits outside of the regulatory environment.

In certain jurisdictions, such as the European Union and California, companies are required by environmental cap-and-trade laws to offset their carbon footprint. Cap-and-trade lets the market find the least expensive way to cut emissions while driving technological innovation and economic growth. The ‘cap’ is the upper limit on the amount of carbon emissions a company can legally produce. As the cap is reduced for future years, total pollution declines. Electric utilities, refineries and large factories with emissions that exceed a pre-established amount of carbon tons per year must hold allowances (permits to emit one ton of carbon) or offsets (carbon credits) equivalent to their annual emissions. These organizations enter a compliance carbon market where carbon credits can bought and sold.

The California Cap-and-Trade Program, which was created as a way to lower the state’s greenhouse gas emissions, is one example of a compliance carbon market. It is a key part of California’s strategy to reduce total GHG emissions to pre-1990 levels. About 450 businesses that are responsible for 85 percent of the state’s total GHG emissions are required to comply, including large electric power plants, large industrial plants, and distributors of fuels such as natural gas and petroleum. The program is expected to reduce GHG emissions in the state by 16 percent between 2013 and 2020 and another 40 percent by 2030. A key component was the creation of Offset Project Registries to issue offset credits and help facilitate the listing, reporting and verification of offset projects. There are three approved registries: the American Carbon Registry (ACR), Climate Action Reserve (CAR) and Verra. Numerous Tribal Nations participate in the program, including the Yurok Tribe, Round Valley Indian Tribes, the Confederated Tribes of Warm Springs and White Mountain Apache Tribe.

The voluntary carbon marketplace includes all transactions of carbon offsets not purchased with the intent to surrender them into an active regulated carbon market, as well as offsets purchased with the intent to re-sell or retire them to meet carbon neutral or other environmental claims. The voluntary market is driven by companies and individuals that take responsibility for offsetting their own emissions, and entities that purchase offsets before emissions reductions are required by regulation. Buyers are driven by corporate social responsibility, ethics, a desire to enhance their reputation and so on. Pre-compliance buyers may want to purchase credits at a lower price before new requirements kick in. Voluntary carbon markets may be smaller than the compliance markets but they are more flexible and innovative in terms of finance, monitoring and methodologies.

Plan Vivo is a certification body that administers the Plan Vivo Standard, a proven framework for community land use and forestry projects that strive to make a difference. Plan Vivo certifies projects that demonstrate sustainability over the long term, and oversees the projects to ensure that they meet the intended goals. By quantifying ecosystem services, demonstrating good governance and measuring performance annually, Plan Vivo makes it possible to generate results-based payments to participants. Credits or ‘certificates’ generated can be sold on the voluntary carbon market. 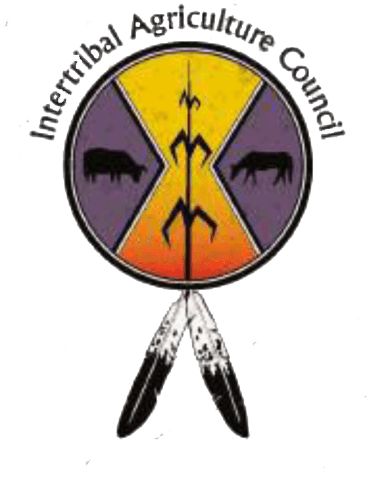